Get to know the island of Samos.Come and explore the emerald of the Aegean Sea… 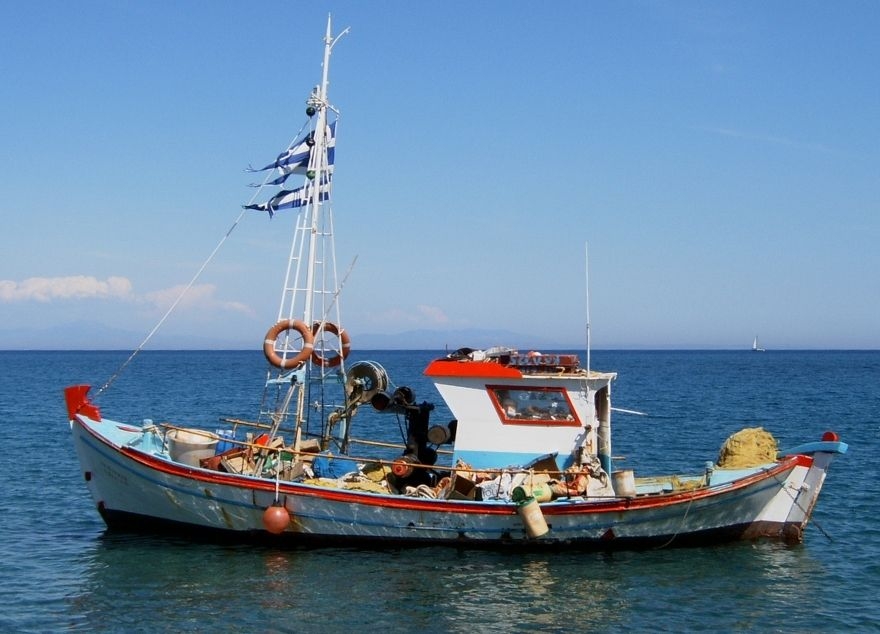 Mountainous, mysterious but hospitable, known since antiquity, Samos is the eighth largest Greek island.
Samos is wholeheartedly waiting for you to initiate you in its secrets. The gorgeous and densely planted landscape, the capital of Samos, the towns, the ports, the seaside villages… The present and the future, the history, the modern amenities, the traditions rooted deeply in time, the architecture and the natural surroundings, the sense of hospitality.

With a fantastic coastline and unique beaches, a lush natural landscape with forests, vineyards, ancient olive groves and beautiful villages, Samos cordially awaits the visitors to invite them into it’s secrets.

Samos island promises to enchant you… and familiarize you with “nostos”. The longing to return to the birth place of Pythagoras. To live unique experiences, over and over again.

Samos is literally the "cornerstone" of Europe, the closest to the Turkish coastal Greek island. The distance of 1,300 meters separating Europe and Asia has been known since ancient times as the "Mykali Strait".

Samos is the birthplace of goddess Hera and a lot of important personalities of the ancient world: the great philosopher and mathematician Pythagoras, the philosopher Epicurus, the founder of heliocentric theory of the solar system Aristarchos, and also of Eupalinos, who created the tunnel that is considered the "8th miracle of antiquity".

The administrative center of the island is Samos town. Built amphitheatrically around Vathi Bay, it has been the capital of the island since the 19th century.

The Town Hall is housed in the renovated building of the Old Parliament House of Samos. Neoclassical and traditional buildings adorn the city. Pythagoras Square and the characteristic lion sculpture, a symbol of the bravery of Samian people, is a key center of urban life.

One of the oldest settlements on the island is Ano Vathy, which preserves to a large extent its traditional character with magnificent cobblestone streets, picturesque squares and many churches.

The Archaeological Museums of Samos are located in the city of Samos and Pythagorion town. They contain collections of interesting exhibits such as sculptures, ceramics, bronze, ivory, wood, miniature art and jewellery. The most famous exhibit is the imposing Kouros of Samos which, with a height of 5.25 m, is considered to be the largest preserved in Greece.

Built on the ruins of the ancient city of Samos, Pythagorio is the most popular island resort. Due to the significant archaeological finds it has been declared a UNESCO World Heritage Site.

It is the birthplace of the philosopher and mathematician Pythagoras, who taught equality in his famous "school" known as the "semi-circle". Apart from a founder of Mathematics and the Pythagorean Theorem, he was the first to formulate the theory of music and the "musical harmony" of the universal bodies.

In the picturesque Pythagorio, the castle of Lykourgos Logothetis, the leading personality of the Samian Revolution, dominates. The harbor hosts small and large boats while in the very nearby Samos Marina, yachts and sailing boats are hosted. Routes to all the surrounding islands also sail from Pythagorio.

Samos was a great naval force and one of the most important shopping centers in the Aegean. With fast ships, known as "Samainas" the trade of the famous samian wine and ceramics, took place.

The region of ​​Heraion has been a place of religious worship since ancient times, as research has revealed ruins from at least four temples, with the last one built during the 5th century b.C. Herodotus reports that Heraion of Samos was the largest and most imposing temple of its time. It is an ionic dipteros temple with 155 giant columns, of which only one is upright at the 1/3 of the original height. The temple is an UNESCO Monument of International Cultural Heritage.

The votive offerings to goddess Hera are impressive works of art and demonstrate the religious influence of the sanctuary throughout Greece, Asia Minor, the Middle East and Egypt.

The Eupalinos Tunnel, was constructed by the architect Eupalinos, with the aim of supplying water to the ancient city of Samos.

With a total length of 1036 m, it is considered to be one of the most important technical achievements of its time, known as the "8th miracle of antiquity", since its excavation started at the same time from the two opposite slopes of the cave of the ancient acropolis and its completion was achieved almost midway.

Samos is the island of famous white muscat wine which is cultivated in mountainous and semi-mountainous terraces up to 900m altitude.

Famous since antiquity, it is referred to in many historical sources. In mythology the vine was a gift of Dionysus to Samos. Since the 15th century vinification and wine marketing has been recorded as the main processing activity of the island.

The world-famous wines of the Wine Agricultural Cooperative of Samos have been honored with hundreds of gold awards and distinctions and exported to more than 25 countries.

The Samos Wine Museum is housed in a magnificent 19th-century stone building, which operated before as a wine warehouse. It was turned into a Museum and it houses elements that define the Samian wine.

The Wine Museum is open to the public while wine tasting also takes place.

PYTHAGORAS cup, known and developed since antiquity, is an art of pottery. According to tradition, Pythagoras used it to teach equality. There is a grooved line as a limit, which, if one exceeds, the cup empties completely.

Two are the basic high mountain clusters of Samos, with a unique view, wild slopes, canyons and accessible caves of unique beauty.

The whole island is like a huge balcony with a view to the Aegean!

Samos with its fascinating geophysical landscape, is an ideal destination for hiking, mountain-climbing, trekking, cycling, horseback riding and cave exploration: the vistas alternate and the visitor meets aged (old) paths, wild forests, ancient olive groves, vineyards in beaches, beautiful villages, picturesque springs and ravines, gorges and caves. Chapels, glebes and monasteries dating from the 11th century onwards, are scattered all over the island.

The samian seashores with clear waters and the stunning, lively seabed will charm lovers of diving and sea activities such as windsurfing, kitesurfing, kayaking, sailing and more…

Kokkari is a picturesque fishing village that has evolved into a sought-after tourist destination with wonderful beaches. On the verdant slopes surrounding it, magnificent walking paths are maintained and in the area, the samian orchid is cultivated.

Small natural waterfalls are located in Samos island, pole of attraction for nature lovers and hikers who come to explore a wonderful journey through plane trees and running waters.

The small, mountainous villages scattered all over Samos are excellent examples of architecture and preservation of tradition.

It is worthwhile to explore and discover the well-hidden beauties and their special features.

Peak forests coexist with vineyards, olive groves and citrus trees. There are many species of rare plants and herbs.

The island's wealthy fauna, includes wild boars, the samian "golden jackal" and unique reptiles such as the protected chameleon. Many migratory bird species, such as flamingos, herons and wild ducks are stationed in the natural Mycali reserve.

Deep sea is a passage for magnificient mammals.

The brilliant history and living traditions, the variety of cultural events, the hospitable residents, the exquisite local products and the special cuisine will overwhelm you.

Come and explore the taste of Samos.

Sweet-flavored Samos wine with a unique taste dating back through the centuries. Olives and exceptional quality olive oil. Honey with truly authentic aromas, a nutritious source of energy. Τhe delicious Samos Ouzo. Spices and herbs. Unique local products from the giving land and sea. Food in Samos is a daily pleasure. It’s all about friends, joyful, smiling faces…

It’s all about Samos. Come and explore the ancient trails, the historical and traditional cities, the small villages, the friendly accommodation, the paths and the local character… Explore the magnificent beaches and a lot of outstanding outdoor activities… Come and get acquainted with the greek way of living, at a safe destination.

Come and explore the Samos experience!