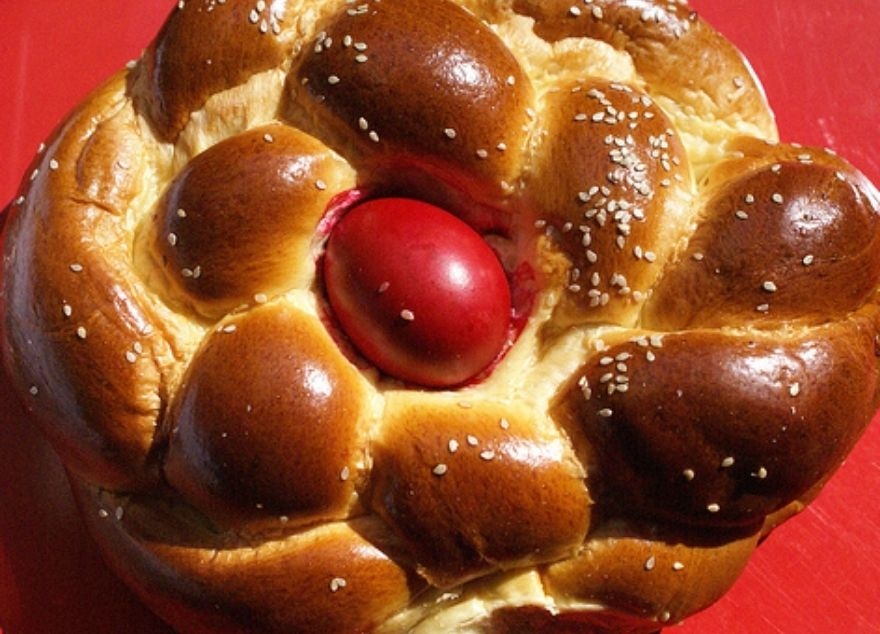 Through the years, Greeks have maintained various local customs and traditions that were passed on from generation to generation. Some of them have their roots in Ancient Greek bucolic customs. The most famous
is the Dionysian custom which originated in the city of Drama in North Greece, and takes place every year on Epiphany, January 6. In this custom, paganism meets Orthodoxy. The locals dress in black capes and animal skins, with face masks and bells on their necks to recreate the old tradition of purification by the baptism of the cross, which is the symbol of Orthodoxy. At the end of the Greek Orthodox religious ceremony of Epiphany, the custom is for participants to march into the streets creating noise with the bells and their voices.

Another Greek custom with Pagan roots, is revived during Carnival in the small town of Amfissa in Central Greece and it takes place every year, on the last Saturday of Carnival. According to the Greek Orthodox religion, the end of the Carnival period marks the beginning of the forty days fasting period before the Greek Eastern Sunday which starts on Shrove Monday. This event takes place in the main square of the city and is called either “The Carnival of the exotic creatures” or “The night of the exotic creatures”. According to the legend, the exotic creatures who protect the town’s water springs, fight for their existence. The locals that participate are dressed in animal skin capes, wearing masks representing animals and/or these exotic creatures. They dance, jump and shout while wearing costumes representing scarecrows, fairies, elves and any other creature from the pagan world.

On Shrove Monday, the first day of fasting, the delicacies Greeks eat are mainly sea mollusks, green salads, vegetables, legumes such as baked beans, and other special dishes, all without olive oil. On this day, in the small town of Galaxidi, they celebrate the local custom, the Flour Smudging or “flour war”. The Flour Smudging begins the afternoon of Shrove Monday and is the culmination of Carnival celebrations. They engage into "epic" battles for hours. Locals and tourists, young or old, dressed in coveralls, with masks, scarves, hats, bags, and with the “ammunition” in hand, descend the narrow streets of Galaxidi, throwing confetti and flour at each other until they are all colorfully covered.
The custom of flour smudging is a centuries old tradition that goes back to the jesters of Byzantium who used to paint their faces with soot. It is said that the globe-tottering sailors of Galaxidi have copied the custom from Sicily.

Greek Orthodox Pascha (Easter) is gloriously celebrated. It is the most important religious event of Greek Orthodoxy. During this period, various local customs and traditions are taking place throughout Greece. Ecclesiastical night liturgies are held every night during the entire Holy Week. However, the religious events and services that take place on Holy Thursday and on Good Friday are the ones that the most people attend. The Resurrection of Jesus Christ, being the culmination of the whole week, is celebrated at midnight on Great Saturday where the priest distributes the Holy Light to the people. The Greeks believe the Holy Light (also called “Holy Fire” in Greece) is a miracle that occurs the morning of Holy Saturday every year at the Church of the Holy Sepulcher in Jerusalem. Afterwards, a special flight is arranged from Israel to Greece where The Holy Light is flown to Athens and is welcomed with great honors. It is then distributed to the churches all over the country. Traditionally, at midnight after church, families and friends gather together to eat the famous soup called magiritsa. On Pascha Sunday (Easter Sunday) people enjoy cracking the red eggs, coloured on Maundy Thursday, and eat the traditional lamb on the spit.

The local communities and associations all over Greece help maintain and revive these local customs and traditions every year. They teach them to the younger generation who will pass them on to the next ones. The whole communities participate in these cultural and gastronomic events that showcase the Greek customs and hospitality to the visitors who join them in their festivities.