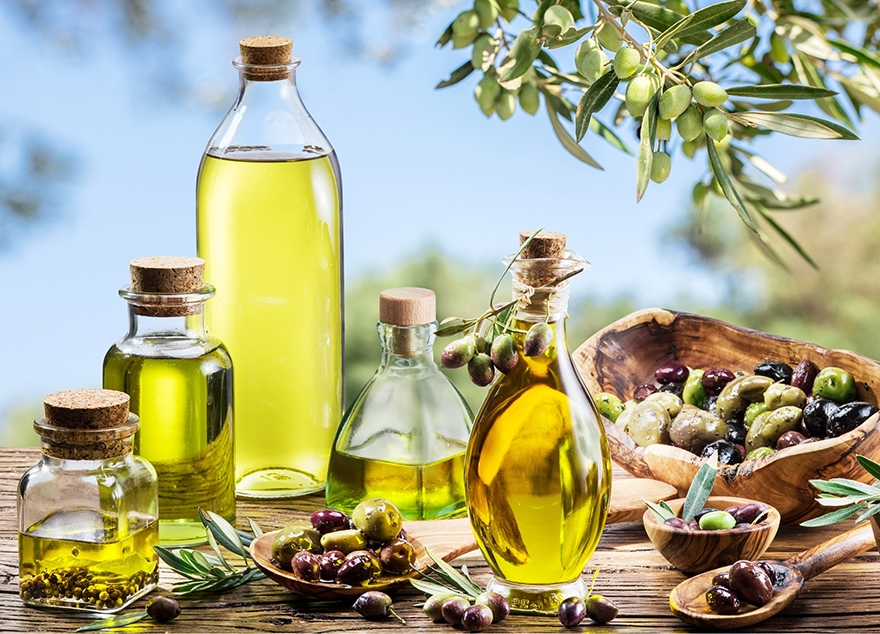 In ancient times and continuing today, the olive tree has been among the most important in Greece. It has played an important role in the country’s economy and social development, but its greatest value is in Greek worship, beliefs, and customs.

The first written records refer to the name “ελια” (elia) – which means olive in the Greek language. These references are as old as the most ancient (so far) decrypted Greek writing dating back to 14th -13thcentury BC. In the archives of the Mycenaean palaces of Knossos and Pylos, archaeologists have discovered a large number of clay tablets in Linear B script. In these records, they find frequent mention of olives trees, olives, and olive oil.

According to Greek mythology Athena, the goddess of Olympus, brought the olive tree to the Greeks. She also taught them its cultivation. This first sacred olive tree was on the Acropolis and is featured in the famous episode of Poseidon and Athena, for whom the city of Athens in named.

An indication of the importance of the olive tree in ancient Athens is the fact that the Athenians depicted the goddess Athena on their coins. She is shown with a wreath made from olive leaves on her helmet and she holds an amphora containing olive oil or an olive tree branch. Another tradition says that Hercules (whose club was made from wild olive tree) brought olive saplings from the land of Hyperborean (a mythical land which was believed to be in the far north or to be the heavens). Hercules then planted it in ancient Olympia. That is why the Olympians were crowned with a wreath made from olive leaves. The gold and ivory statue of Olympian Zeus in Olympia, a work of Phidias, was also crowned with an olive wreath.

Aristotle described the cultivation of olive trees as science. Platon taught under the shade of an olive tree. Finally, Hippocrates used olive oil as a medicine for 60 different conditions including wounds and burns, skin problems, gynecological issues, ear infections, etc. When olive oil failed to save the patient, it was used to anoint the body of the deceased. It was also offered along with wine, honey and other products at the grave.

Olive oil has been one of the main ingredients in Greek cuisine over the years. In addition, there is a large socio-psychological matrix determinant in the consumption and use of olive oil. The production, preparation, and consumption of food are all a part of the circle of life (daily, weekly, annual, birth, marriage, death). All of these are combined with the interpersonal relationships and the structure of the community, as well as their performances – symbols we have for the world and for the worship. The humble word “culinary” is ultimately a code of communication, a language that expresses the structure as well as the contradictions of the community.

From the field (production) to the mill (processing), to the storage, to the handling and distribution (trade), to the kitchen and finally to consumption (kitchen table) lies a network as dense as the root of the olive tree. Here, technology, economy, language and religion function together and tie the Greek community tightly together, just as the roots of the olive tree protect the poor soil of the country against corrosion.