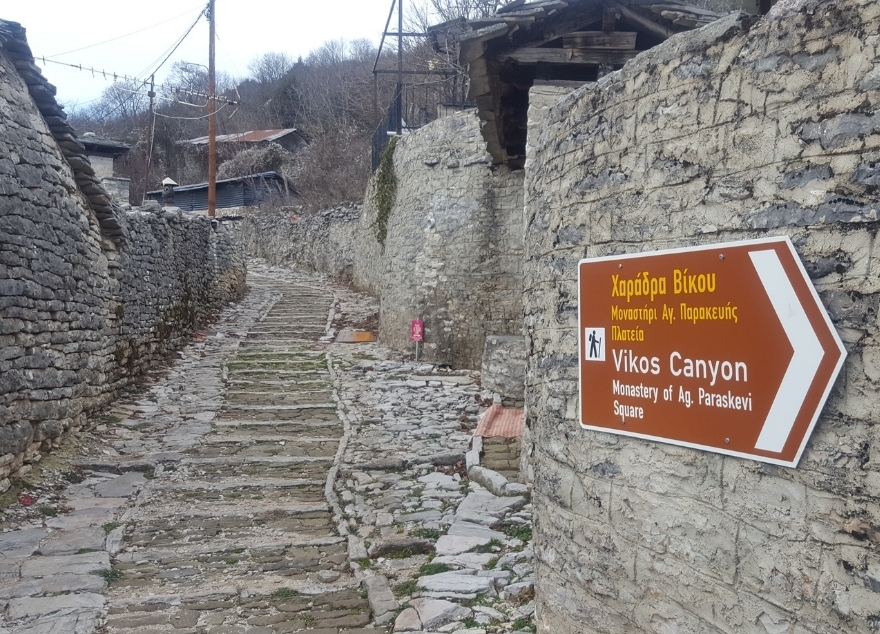 Vikos gorge is one of the most important and impressive natural sights of the Zagori area in northern Epirus. It is a must visit area. Because of the proportion of its depth to its width, it is considered one of the most important and impressive gorges in the world. It holds the first place in the Guinness Book of Records as the deepest gorge in the world, 900 meters deep and 1100 meters wide.
Vikos gorge is located at the core of the Vikos-Aoos National Park which is one of the most important ecosystems in Greece due to its rare flora and fauna. It is approximately 11 kilometers long. The gorge is traversed by a torrent which ends as a river, the Voidomatis river, with its crystal clear water where rafting is available all year round.
Vikos gorge extends from the villages of Monodendri and Koukouli to the village of Vikos. The area is designated as Natura. It is an isolated geographical area where no human activity is allowed. Vikos-Aoos is a paradise for many rare and endangered species such as deer, bear, ibex, golden eagle and more.
During the 5-6 hours hike in the gorge one can enjoy the unique landscape of Greek nature and the special beauty of the Vikos gorge. If one wants to see the gorge from above, the Monastery of Agia Paraskevi in Monodendri which is located at a high point, is the best place to look down the gorge. Afterwards, visitors can enjoy some famous local cuisine of traditional pies, grilled local meats and stews.