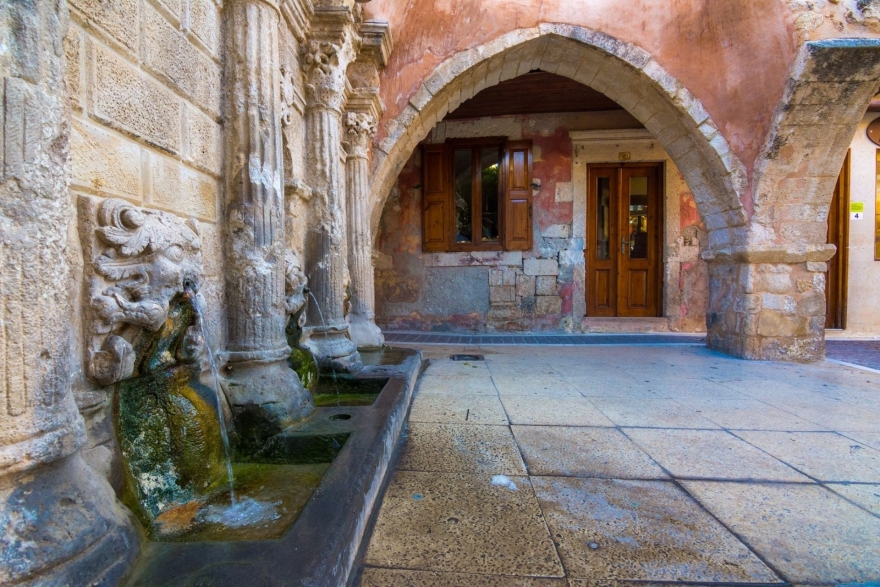 Crete is inseparable from Myths, Legends and Local Products/

Hospitality of Zeus
The character of Cretans is generally hardened by the difficulties of life. However, they are always authentic, smiling and they love sharing their feelings and hospitality with their guests.

The Greek word for hospitality, philoxenia, derives from the words filos (friend) and xenos (stranger) and means to become friend with the stranger. Cretans are the genuine descendants of the Cretan-born Zeus, the god of gods, humans and hospitality. Indeed, Cretans are famous for their hospitality, induced solely by respect for their fellow men.

Myths
In Crete, Rhea gave birth to Zeus, the most important god of antiquity, father of the gods, people and hospitality. The Diktaean and Idaean Caves are connected to his birth and upbringing.

Later, Zeus in the form of a white bull, abducted the beautiful nymph from Phoenicia, Europa, and moved her to Crete. They mated below the evergreen plane tree of Gortys, which is still alive. Afterwards, Europa gave birth to Minos, the king of the first brilliant European civilization, the Minoan, and therefore, the continent was named Europe.

It was Crete where for the first time the ingenious craftsman Daedalus, designed and built the famous Labyrinth, where the monstrous Minotaur was imprisoned. Later on, Daedalus ignored the law of gravity and escaped Crete by flying away with his son Icarus. In the dark Labyrinth, Theseus killed the Minotaur and found the exit by following the thread of Ariadne.

Crete was guarded by the bronze giant Talos, the first robot in mythology. Talos wandered around the island three times a day and protected it from invaders, but it was exterminated by the Argonauts.

Cretan Products
The traditional Cretan cuisine is considered to be one of the healthiest in the world. The abundance and the variety of the products of the island through centuries has created a cuisine with unique taste, freshness and originality.

The Cretan nature has the materials and the Cretan people have the experience for the creation of unique tastes, which are ideally combined with the seasons and the natural environment of the island.

Dairy products, honey, aromatic herbs, greens and so many other products of the Cretan mountains, are the basis for the miracle of the Cretan cuisine. The Cretan nutrition is recognized nowadays by the international scientific community as the most representative and quality sample of the so-called Mediterranean Diet, which, based on vegetables, pulses, fruits and cereals in combination with olive oil, contributes to longevity and well-being.